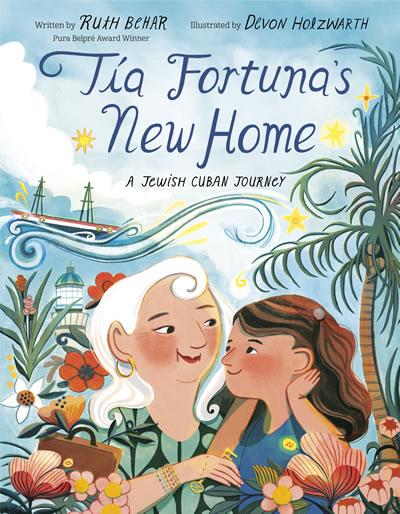 A poignant multicultural ode to family and what it means to create a home as one girl helps her Tía move away from her beloved Miami apartment.

When Estrella’s Tía Fortuna has to say goodbye to her longtime Miami apartment building, The Seaway, to move to an assisted living community, Estrella spends the day with her. Tía explains the significance of her most important possessions from both her Cuban and Jewish culture, as they learn to say goodbye together and explore a new beginning for Tía.

A lyrical book about tradition, culture, and togetherness, Tía Fortuna’s New Home explores Tía and Estrella’s Sephardic Jewish and Cuban heritage. Through Tía’s journey, Estrella will learn that as long as you have your family, home is truly where the heart is.

So many people are looking for a place to call home. I want to imagine that the world has a very large heart and can give all of us who have lost our homes a chance to start over.
– Ruth Behar, Letters from Cuba 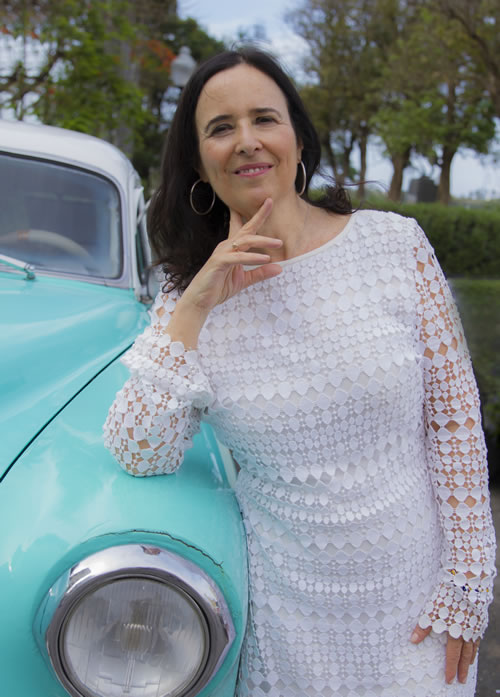 Ruth Behar is an award-winning author exploring the vulnerability we all share.

As a storyteller, traveler, memoirist, poet, teacher, and public speaker, Ruth Behar is acclaimed for the compassion she brings to her quest to understand the depth of the human experience. She made her fiction debut with her Pura Belpré Award-Winning novel, Lucky Broken Girl, which explores how the worst of wounds can teach a child a lesson about the fragile, precious beauty of life. Her recent novel, Letters from Cuba, inspired by the story of her maternal grandmother’s courageous efforts to save her Polish Jewish family, was named a Sydney Taylor Notable Book and received an International Latino Book Award. Her debut picture book, Tía Fortuna’s New Home, a lyrical ode to cultural memory and heritage, is forthcoming in early 2022. Born in Havana, Cuba, she grew up in New York, and has also lived in Spain and Mexico. Her memoirs, The Vulnerable Observer, An Island Called Home, and Traveling Heavy, and her bilingual poetry book, Everything I Kept/Todo lo que guardé, examine her return journeys to Cuba and her search for home as an immigrant and a traveler. She was the first Latina to win a MacArthur “Genius” Grant. Her honors also include a John Simon Guggenheim Fellowship, a Distinguished Alumna Award from Wesleyan University, a Fulbright Award, an honorary doctorate in Humane Letters from Hebrew Union College, and being named a “Great Immigrant” by the Carnegie Corporation. Recently elected to the American Academy of Arts and Sciences, she is an anthropology professor at the University of Michigan and lives in Ann Arbor, Michigan.

Ruth is a member of: 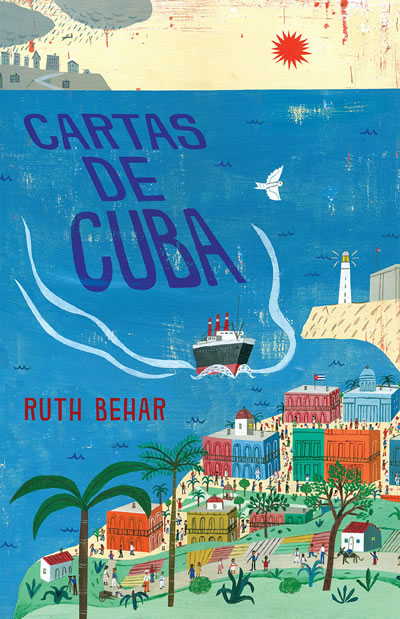 Letters from Cuba was named a Sydney Taylor Notable Book for 2021.

It’s now available in paperback and you can find it in Spanish under the title, Cartas de Cuba.

Pura Belpré Award Winner Ruth Behar’s inspiring story of a young Jewish girl who flees Poland on the eve of WWII and makes a new life for herself in Cuba, while she works to rescue the rest of her family, is based on Ruth’s family history.
Things have gotten dire for Esther’s family in Poland as discrimination against Jews has intensified. With the family store shuttered, her father has fled to Cuba to work to bring his family over, and now Esther’s made sure she’s the first child to join him.

Being separated from her beloved sister is heart-wrenching, but Esther promises to write everything down that happens until they’re reunited. And many good things do happen. First of all, the Cuban people are welcoming and treat her with dignity. Then she chances upon a way to make more money than her peddler father could dream of when she discovers her talent for making lightweight dresses. All of a sudden there is a demand for her designs, and it looks like they will soon be able to afford to bring the family over. But it turns out not everyone is pleased with her success and there are pockets of anti-Semitism in Cuba too. Now it’s a race to get her family out of Poland and into Cuba before it’s too late, and to see if there is a way to stop the hate from spreading through Cuba too.