About My Life and Work 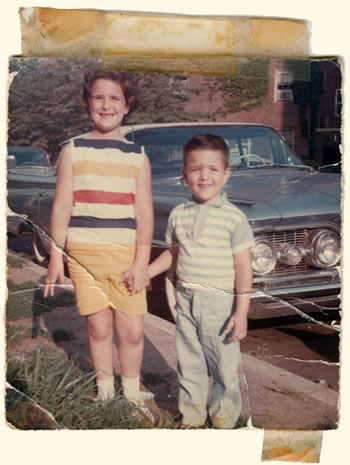 I was born in Havana, Cuba, and when I was five I came to live in the United States with my parents and my little brother. My grandparents had left Poland and Turkey for a better life in Cuba and had to uproot not once but twice. Settling in Queens in New York City, I grew up in the sixties and seventies in crowded rental apartments, a long subway ride from Manhattan’s bright lights. My parents longed to buy a house with a front yard where my mother could plant petunias. But we were refugees and short on money. And in the back of their minds, my parents thought we’d return to Cuba someday. Like so many other Cuban immigrants of that era, my parents thought our stay in the United States was only temporary. Surely we hadn’t lost Cuba forever. But it turned out we had.

Being bedridden in a body cast for an entire year, when I was nine going on ten, changed my life. After I came out of the cast, slowly learning to walk again, I became a nerdy girl who enjoyed nothing better than sitting still and reading a book. I never went anywhere without a book, to the irritation of my gregarious salsa-dancing family who thought I was too serious. I liked to write and jotted down poems and stories in a diary and kept notes of the books that I read.

I studied Spanish literature as an undergraduate at Wesleyan University. Even though I won a scholarship, my parents had to pay for many of my expenses. I felt bad about the financial strain I was placing on them, so I took summer courses and finished my B.A. in three years. In my last semester, I wandered into a class in cultural anthropology and felt certain I had found my calling. I went straight on to graduate school at Princeton University, where I received my Ph.D. in Anthropology at the age of twenty-six.

During that year I couldn’t leave my bed, I dreamed of one day being well enough to travel to distant places. Becoming an anthropologist, I hoped, would give me permission to travel as much as I wished. Anthropology is a profession that requires that you spend long periods of time getting to know people in other places. I decided to focus on Spanish-speaking countries since I loved speaking Spanish. Over the last 35 years, I have gone back and forth to Spain, Mexico, and my native Cuba, writing about my experiences in books and stories. In all these places, I have been lucky to experience the kindness of strangers. It’s often been difficult to say goodbye. I now understand that I come from many places and feel at home in many places. But I am always happy to return to the peace of my house in Ann Arbor, Michigan, which is easy to spot because it’s painted in Caribbean colors. There I can sit quietly at my desk, stare out at the trees, and write about what I learned from my travels.

Being a cultural anthropologist has been an important part of my journey as a writer. My respect for diversity, my passion for sharing and preserving cultural heritage, and my joy at listening to other people’s life stories and passing them on, come from years of immersing myself in different worlds as a cultural anthropologist. I was an immigrant child and I grew up to become a traveler, a professional nomad, living with a suitcase by my bed. 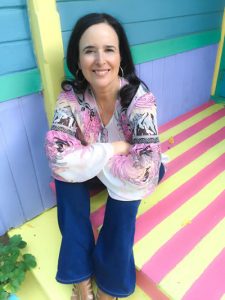 And yet I’ve always recognized that Ruthie, the girl who spent a year in bed in a body cast, reading books and creating art and beautiful stories from her imagination, is very much alive in me. There is a side of me that can get lost for hours in the hypnotic rhythms of a poem. I find it thrilling to put words in the mouths of imaginary characters; I enjoy telling stories, not about how things happened, but how I wished they could have happened. During all the years I have been traveling to real places and writing about real people, there has been another Ruth who, without fanfare, has written poems and short stories.

I always dreamed of being a fiction writer. I tried and gave up many times, until one day I began to write about the car accident and about Ruthie, the girl I had been. It started as an autobiographical story, but as it grew, the writing became a mix of what I remembered and what I wished could have been. The more I wrote, the more the characters came alive and spoke to me like real people, and made me laugh and cry and sing. I began to feel the magic, the exhilaration, of writing a story without having to pack a suitcase, traveling only with my heart and my mind, and the vast power of words. At last, I realized, I was writing a novel. Letting Lucky Broken Girl be born, and letting me be reborn as a fiction writer, is a dream fulfilled, for which I am deeply grateful. 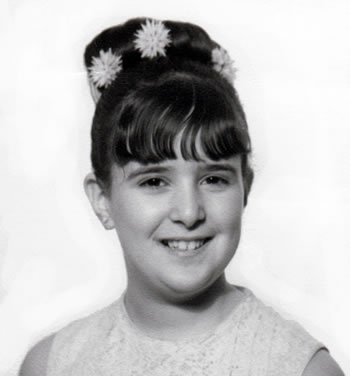 When were you born?
November 12th.

Where were you born?
Havana, Cuba.

How old were you when you came to the United States?
I was five years old.

Where did you grow up?
I grew up in Queens, the most diverse borough in New York City. When I turned eighteen, I went off to college, expecting to come back, but I ended up traveling for many years to Spain and Mexico, and then settled in Ann Arbor, Michigan. But I visit New York as often as I can and am always grateful I got my start in a city where you find people from all over the world trying to fulfill their dreams.

Where did you go to school?
P.S. 117, Stephen A. Halsey J.H.S. 157, and Forest Hills High School, all public schools in Queens, New York. I received a B.A. in literature from Wesleyan University and an M.A. and Ph.D. in cultural anthropology from Princeton University.

Do you have brothers and sisters?
I have a younger brother named Mori, who is a jazz musician in Philadelphia. He’s great at telling jokes and makes me laugh a lot. I wish I were funny like him. But being the older sister and also the oldest of the grandchildren and the cousins, I had to be the responsible one among all the kids in the family.

What music do you like?
I love the Cuban cha cha cha music of the 1950s, the era when my parents were young. And I love Argentine tangos, especially the music of Astor Piazzolla. Like my brother Mori, I love jazz. I never tire of listening to John Coltrane’s “A Love Supreme” and Bill Evans’s “Waltz for Debbie” and I love Billie Holiday songs. 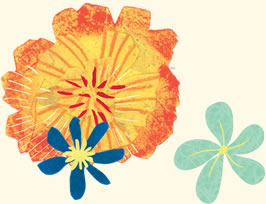 Do you have any kids?
I have a son named Gabriel. He’s all grown up and makes his living as a photographer and filmmaker in Brooklyn. I have a passion for photography and I used to take lots of pictures of Gabriel when he was growing up. Now he takes pictures of me. I can count on him to make me look a lot better after he whisks away my wrinkles with Photoshop. 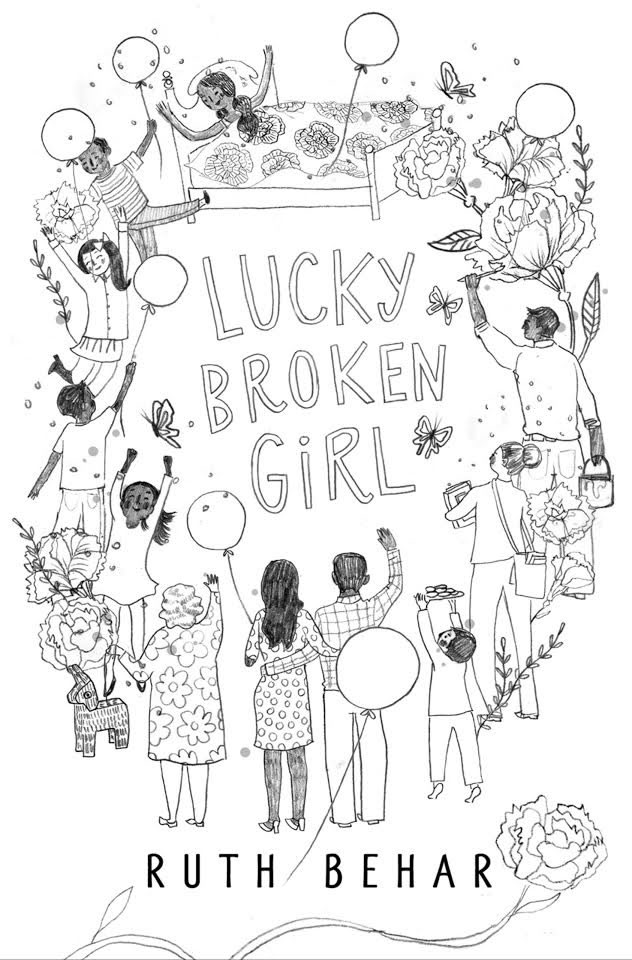 Is Lucky Broken Girl based on your life?
Yes, it definitely is. Like Ruthie in the story, I too was in a car accident and ended up in a body cast and had to learn to walk all over again. Many of the characters in the book are based on real people – family and friends I grew up with. But naturally I didn’t tape record and film everything that happened to me as a child, so I had to use my imagination and try to recreate that time in my life. I took the liberty to revise the past a little, making Ruthie’s life unfold with a sweetness I wished for in my real life when I was growing up.

Why did you decide to write your first novel for kids?
Years ago, I wrote an autobiographical essay about the car accident and my experience being in a body cast. I told the story as a woman looking back at the girl she had been. I thought I was done with the story, but then Ruthie began to speak to me. I realized she had never had a chance to tell her story. By some act of magic, I found myself back inside the heart and soul of the girl who was bedridden. Once Ruthie was the one telling the story, rather than the grown-up Ruth, the writing took off. We all have turning points in our lives, when one door closes and another opens. My life changed course after the car accident. I had to find the courage to become a different person than the one I had expected to be. I’ve written Lucky Broken Girl to honor that time when I felt so fragile and to give permission to all young readers to open up about their own losses.